Sometimes we are defined not by what we have, but by that we have let go. Such is the summary behind the song “And You’re Mine”. 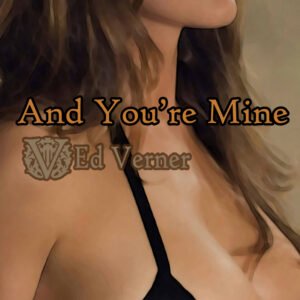 For reasons only the digital fairy dust dispensers can know, this song of mine from over five years ago has started to be listened to more regularly on spotify. And there is a juicy irony for me to digest herein, for my letting go of trying to market my music very much at all after spending gobs of time learning how others do it, after reading books, after downloading articles, after chasing down rabbit holes of the music industry of old and of new, after all of those things and so much more, I could barely claim to have attracted more than a beer fart’s worth of interest in my music – except of course for perhaps a dozen or so very discerning fans who somehow had actually listened to more than 20 seconds of a song of mine before chasing squirrels. (Is that sentence long enough for ya?)

True the song does have some interesting stuff in it. And the lyrics were sprouted when I was but a teenager, so there are some fresh puerile naivete nuggets as the song flops between a bassa nova rhythm for choruses and a more regular beat on the verses. And it has an interesting mandolin addition that instead of the usual flam-fest one gets, in here the mandolin is mostly plucked and by a good player indeed. I remember recording him at my home studio as the last ornament on the song’s tree after a studio session to do so was post-poned.  It was a pleasure to work with a good player on the mandolin and I think it made the whole coda of the song interesting.